When in Laugharne, stop at Dylan Thomas' gravesite. You'll recognize it: the cemetery's only white cross.  Visit the Brown's Hotel, Thomas' hangout. 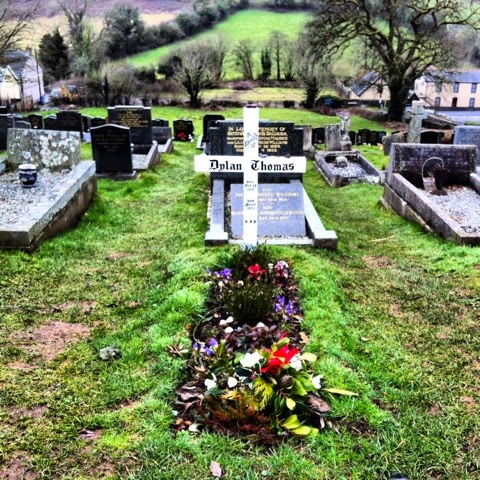 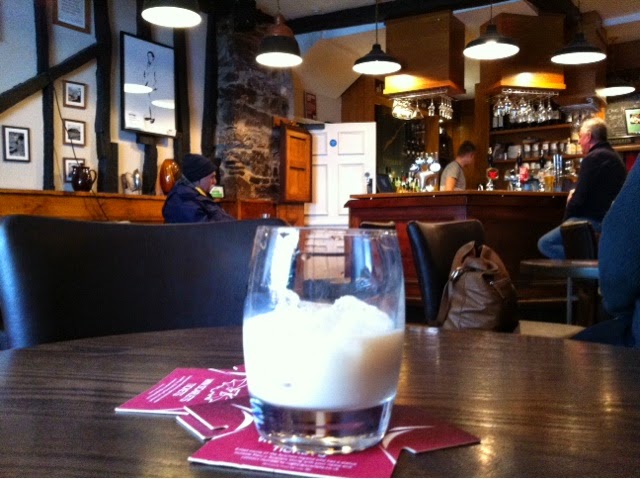 Posted by Traveling Cynthia at 10:42 AM No comments:

The colors of Llandeilo, Wales' colorful town known for shopping and sipping. 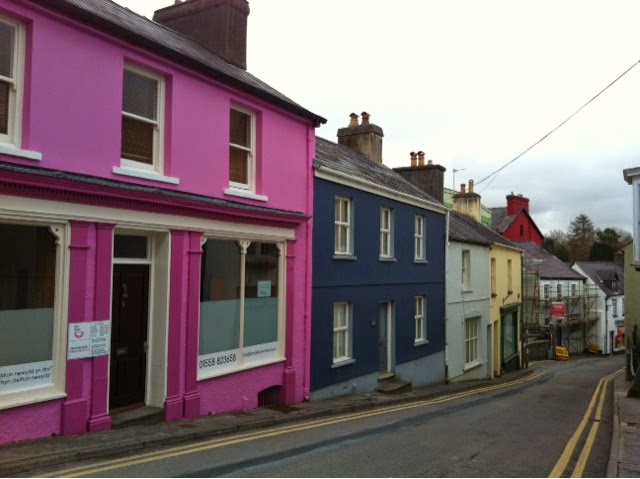 Posted by Traveling Cynthia at 10:40 AM No comments: 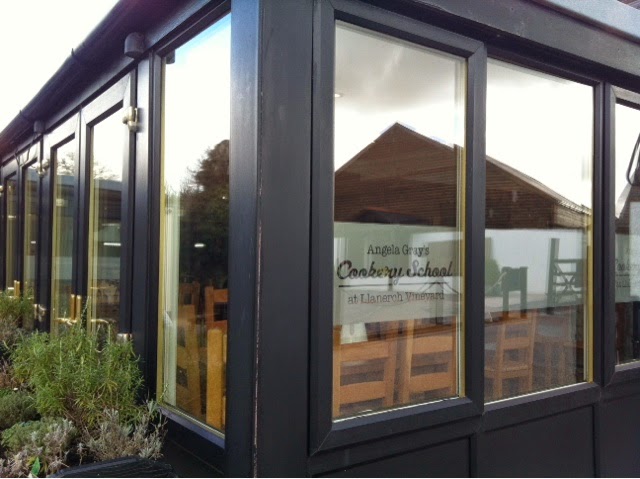 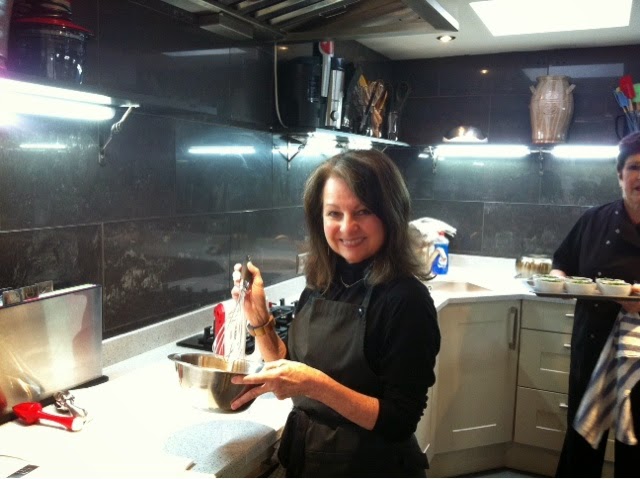 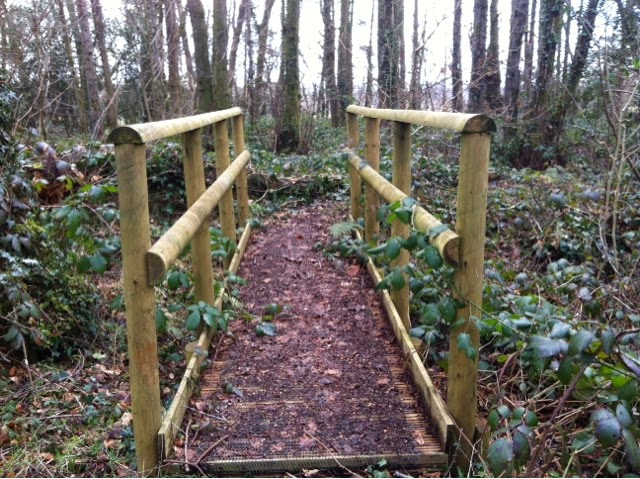 Posted by Traveling Cynthia at 10:36 AM No comments: 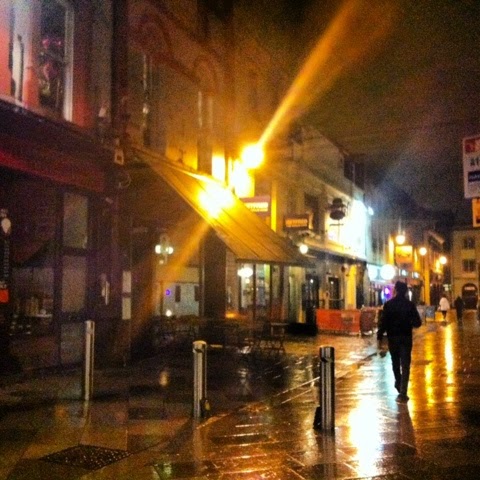 Posted by Traveling Cynthia at 10:35 AM No comments:

Hey, Dr Who fans, Cardiff's Dr Who Experience is an interactive treat. 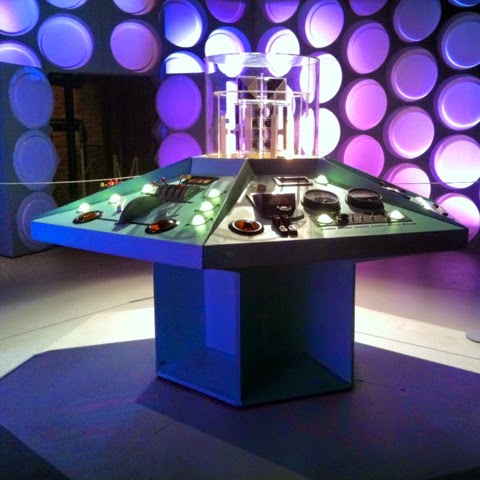 Yes, that's the moon and yes, that's a restaurant in a former church. Its name: The Chapel. #travel #traveltips #travelingcynthia 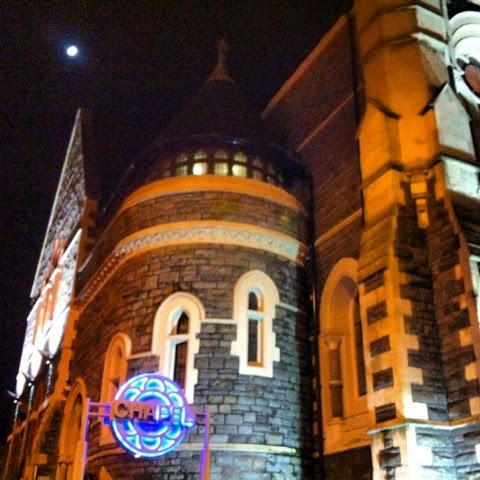 Posted by Traveling Cynthia at 2:52 PM No comments: 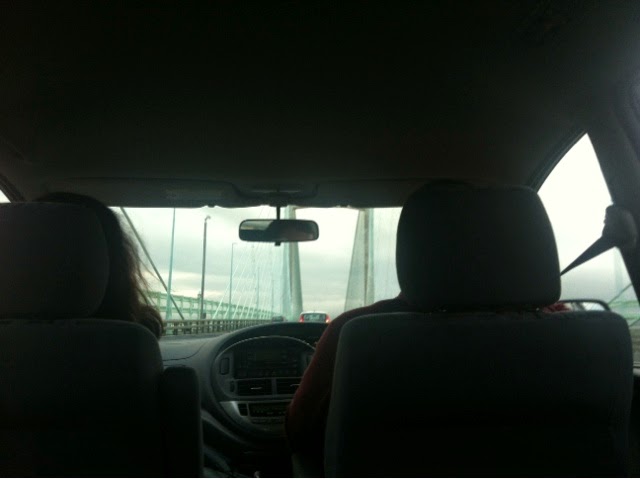 Posted by Traveling Cynthia at 1:04 PM No comments: 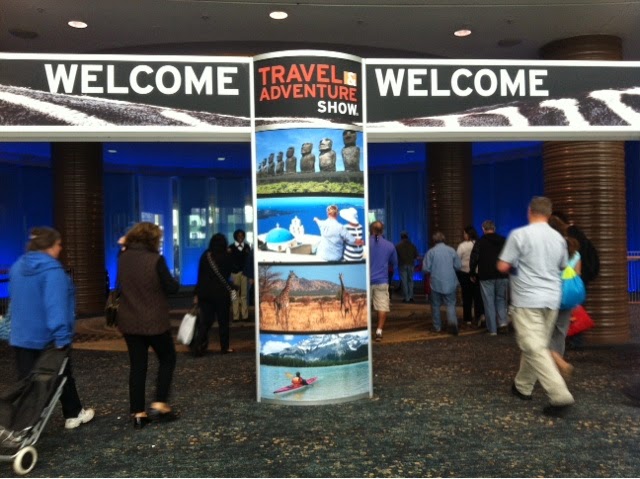 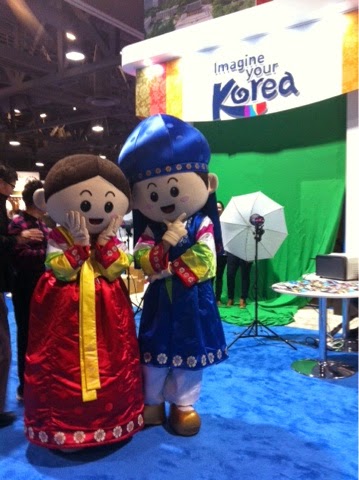 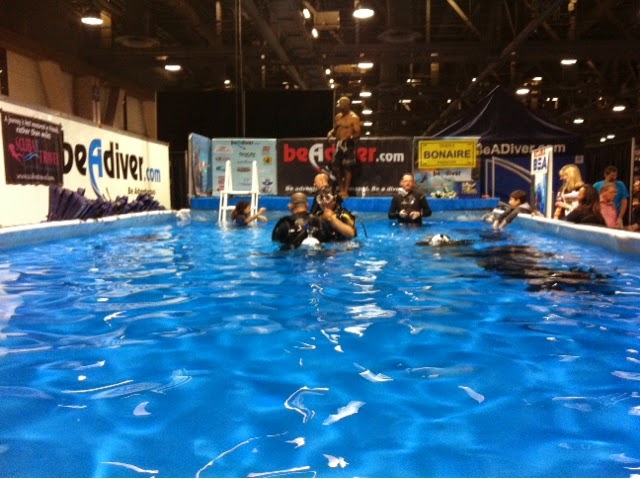 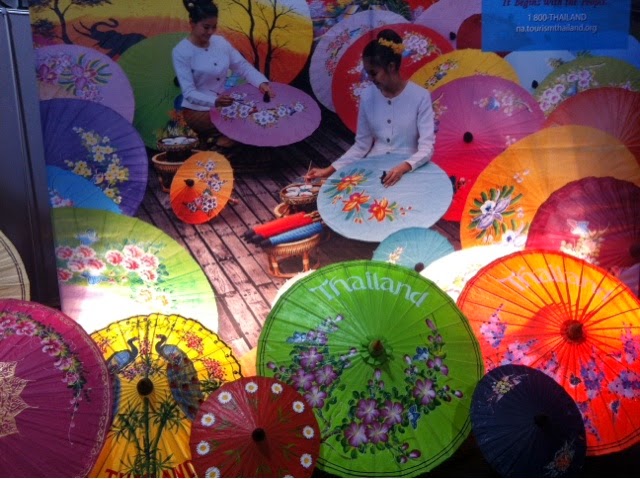 Posted by Traveling Cynthia at 9:50 AM 3 comments:

Happy Chinese New Year! Cheers to the year of the goat! 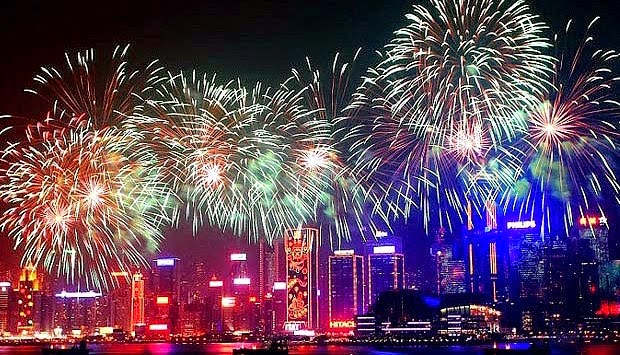 Posted by Traveling Cynthia at 7:07 PM No comments:

By Cynthia Dial
For JustLuxe.com

Polished granite mountains, groves of giant sequoias and meadows of minuscule wildflowers, all beneath endless blue skies – this is California’s High Sierra mountain range.  From Crescent Meadow’s colorful carpet to Mount Whitney’s windswept summit (the highest point in the 48 contiguous states), glaciers sculpted this landscape that is now home to Yosemite, Kings Canyon and Sequoia National Parks.  Though a multi-decade Californian it was my first time here in a setting so intense, I felt like James Earl Jones should be narrating my visit. 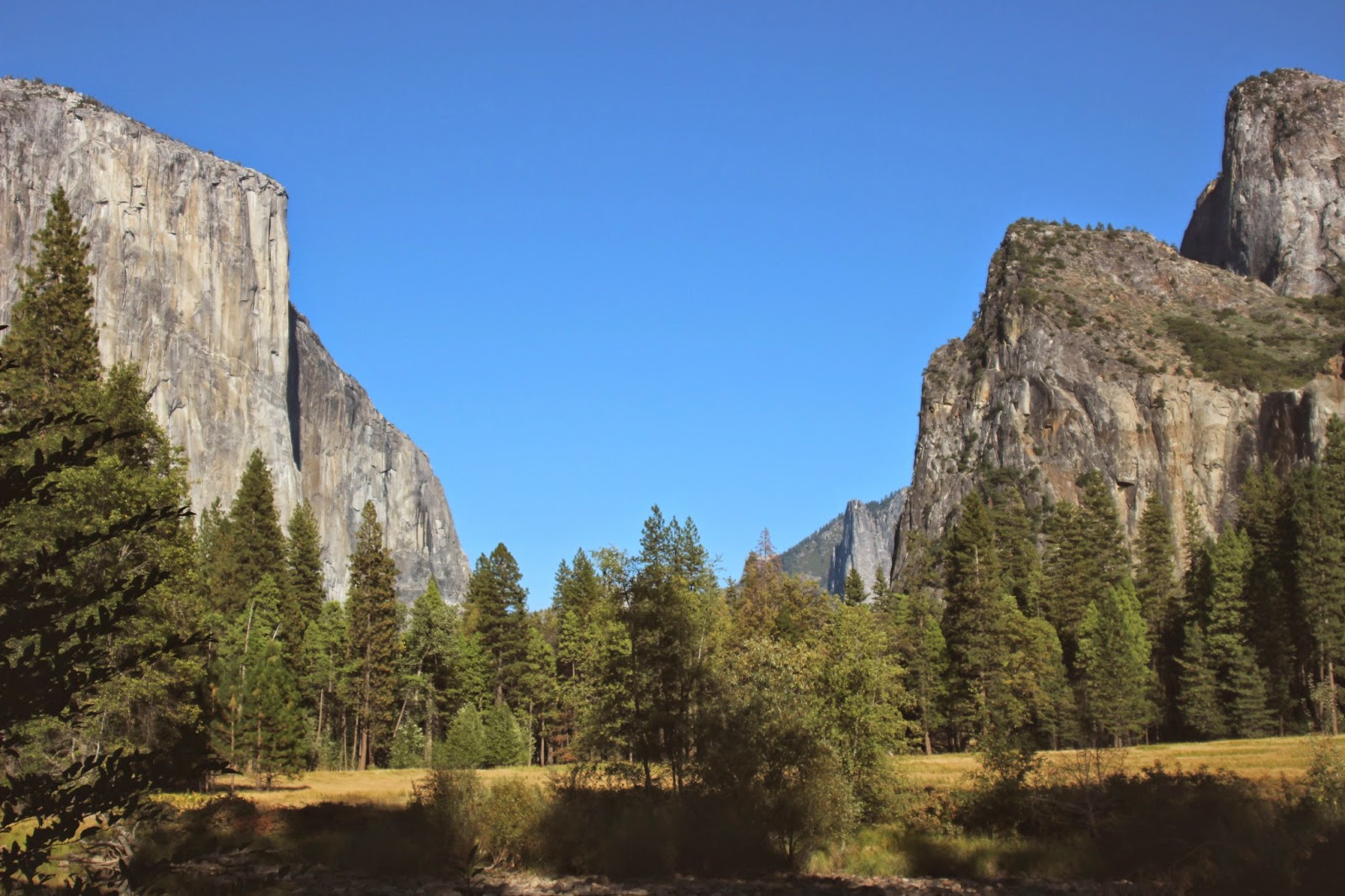 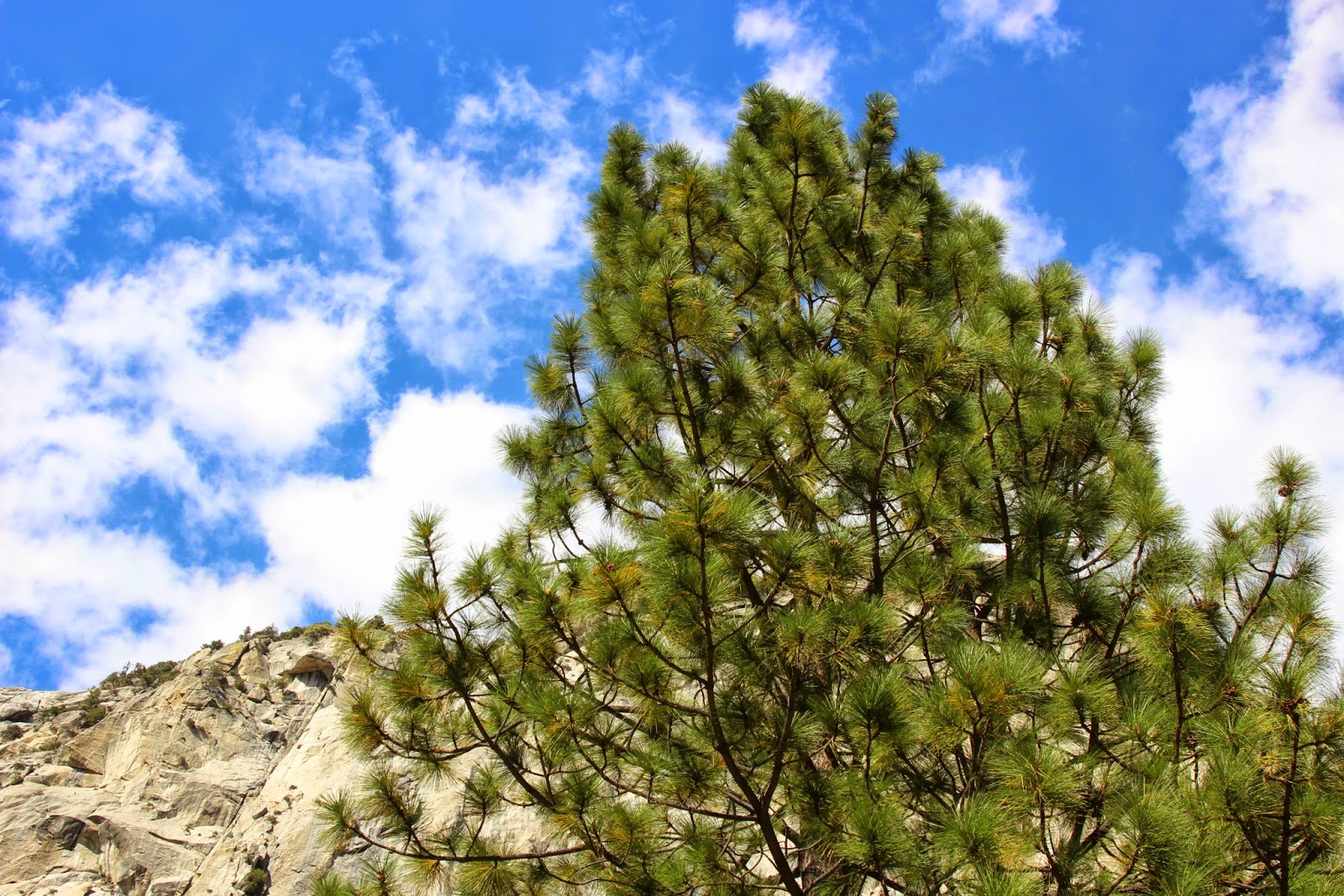 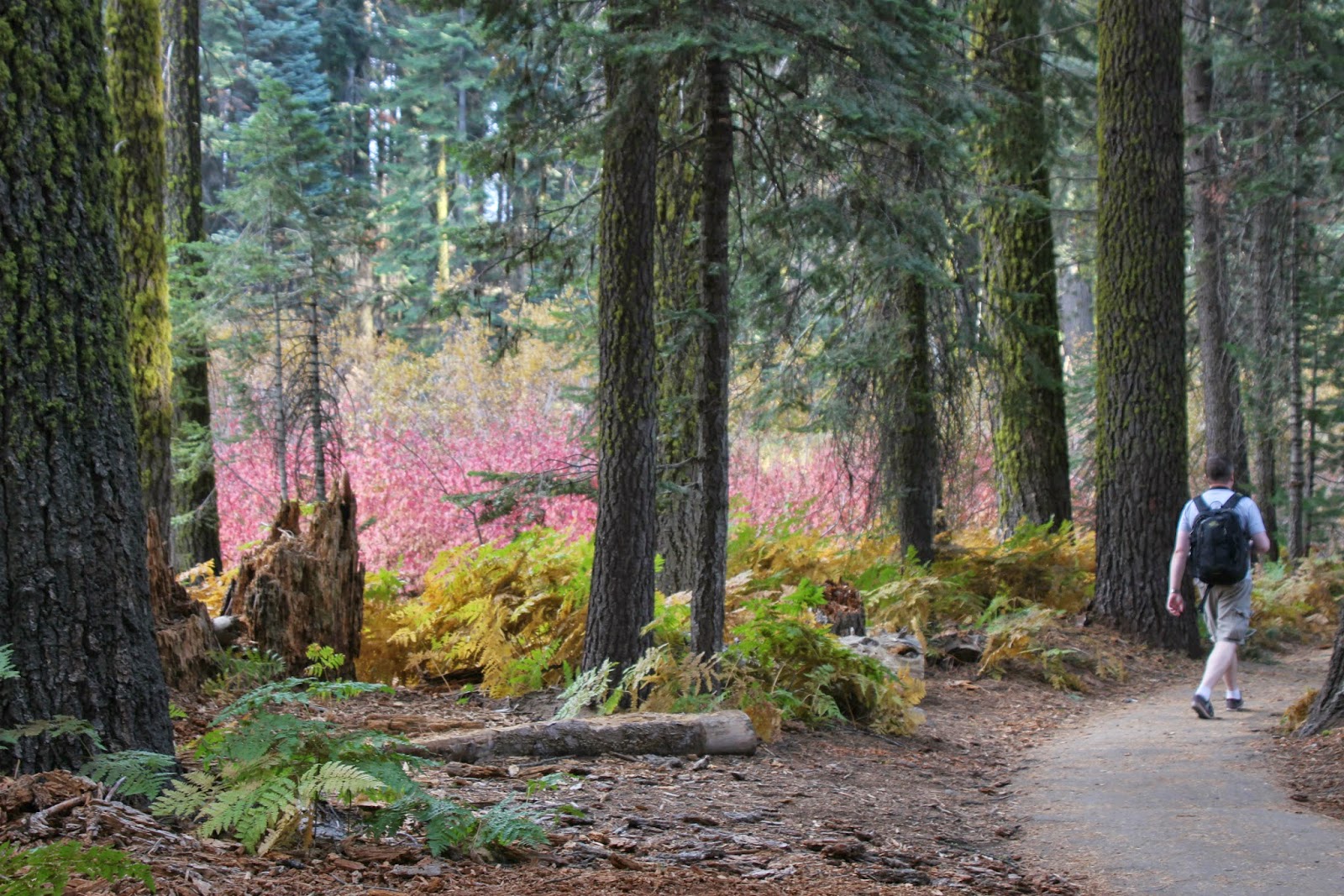 Photos by Cynthia Dial
2015 is a big year for these national parks.  It’s the 75th of Kings Canyon and the 125th anniversaries of Sequoia and Yosemite National Parks.  Centrally located (a four-and-one-half hour drive to one of the parks from Los Angeles or San Francisco), it is equidistant from southern and northern California.  Best seen on the Majestic Mountain Loop, this 400-mile Sierra circle connects Yosemite to Kings Canyon to Sequoia.

Yosemite has star power.  First established with the Yosemite Grant Act by President Abraham Lincoln, noted as California’s first national park and named a World Heritage Site, it is considered one of the top of the country’s 59 national parks (distinctive companions include Yellowstone and the Grand Canyon).

Though Yosemite is the approximate size of Rhode Island, its stats include superlatives: a ski resort (California’s first), two glaciers; countless waterfalls (including North America’s highest and the world’s fifth highest waterfall), 3,000 meadows, 37 species of native trees, 1,450 wildflower species, more than 250 types of birds and 90 mammal species (including its star attraction, between 300 to 500 black bears).

Seasonal details include spring’s blooming Pacific dogwoods and California redbuds with waterfalls and rivers at their peak, the busy activity of people and animals in summer, autumn’s colorful palette with warm days and cool nights and winter’s snow and solitude.
But it is the park’s big three -- El Capitan, Half Dome and Yosemite Falls – that are Yosemite’s prime draws, draws that beckoned four-plus million visitors in 2014.

As the world’s biggest piece of granite, three Empire State Buildings could stack almost to the top of El Capitan.  Climbers come from all over the globe to conquer the giant monolith, which provides endless excitement for “spectator” sporters perched in El Capitan Meadow with binoculars watching climbers scale the peak’s sheer face.  The average climb is between four to six days; the record was two hours and twenty minutes.  Its most noted challenge was completed on January 14, 2015 – the first free climb of Dawn Wall (made in 19 days).   Half Dome is a Yosemite icon.  Rising nearly 5,000 feet above Yosemite Valley, it dominates most valley views and its 14- to 16-mile round trip trek is an additional Yosemite challenge.  Yosemite Falls, North America’s tallest waterfall, consists of three sections:  Upper Yosemite Falls, Middle Cascades and Lower Yosemite Falls.  Its prime-time for viewing is spring, with peak runoff typically between May and June.
An adventure playground with alpine attitude, activities in Yosemite and its immediate environs include ziplining in Mariposa, river rafting on the Merced River and an introduction to climbing at Yosemite Mountaineering School.
Known for its National Park Service style of rustic architecture called “parkitecture,” the Ahwahnee Hotel is an AAA Four-Diamond property constructed from steel, stone, concrete, wood and glass.  Surrounded by Glacier Point, Half Dome and Yosemite Falls, it has attracted such notable guests as Queen Elizabeth II and Presidents Eisenhower, Kennedy and Reagan since its 1927 opening.  The Valley’s hottest ticket is the annual Bracebridge Dinner (served multiple dates each December), which “transforms the hotel into an 18th-century English manor for food, song and mirth.”

Tenaya Lodge is two miles from the southern entrance to Yosemite.  The AAA Four-Diamond lodge blends the rustic with the refined.  Consequently, its motto is, “roughing it, minus the rough part.”  Featuring a three-story-high lobby, indoor and outdoor saline pools and winter’s s’mores and ice skating, the lodge is also dog-friendly and offers such amenities as pet-sitting and gourmet doggie treats.

Though Kings Canyon National Park is the least visited of the three parks, noted naturalist John Muir deemed it “a rival to Yosemite.”  At 461,901 acres, it is home to one of the nation’s deepest canyons (maximum depth, nearly 8,000 feet).  The best way to experience the park is via Kings Canyon Scenic Byway.  This 30-mile scenic drive from the forests of Grant Grove travels along a steep descent to the vast panorama at Kings Canyon Overlook, where the South Fork of the Kings River meets the road and follows it all the way down to the quiet setting of Cedar Grove and Road’s End, deep in the heart of the canyon.

At Road’s End is the serenity of Zumwalt Meadow, a scenic open setting surrounded by forest and towering mountains.  Muir Rock is nearby.  A massive, oversized riverbed boulder, it’s where John Muir, founder of the Sierra Club, took fellow members of the environmentally-conscious organization during their Kings Canyon visit.
By reversing course and returning to Grant Grove Village, you’ll find the General Grant’s Grove section, a showcase of sequoias.  Its premier habitant is General Grant, one of earth’s largest trees.  Found halfway around the grove’s one-third mile paved loop, President Calvin Coolidge named it “The Nation’s Christmas Tree” in 1926.

Kings River and Sequoia National Parks share a boundary.  Between both parks, nature’s amenities include more than 800 miles of marked trails; 331 native mammals, birds, fish, reptiles and amphibians; over 1,551 species of plants and 275 caves.  All of the above attract more than 1.5 million annual visitors.

Sequoia National Park (404,063 acres) was California’s second national park.  Known for its giant eponymous trees, scattered about the park are all-things sequoia.  The Parker Group is considered one of the finest clusters of sequoias reachable by automobile.  Tunnel Log is a fallen sequoia that was tunneled from one side to the other and is now the only “tree you can drive through” in these parks.  And Giant Forest is the home to General Sherman Tree, estimated to be more than 2,000 years old.  At nearly 275 feet tall and 102 feet in circumference at its base, the Sherman has no equal in terms of trunk volume, earning the title of the World’s Largest Tree.

For a 360-degree view of the western half of Sequoia National Park, a climb to the top of Moro Rock is mandatory – approximately 400 steps to its summit.  In contrast is Crescent Meadow.  Encircled by a 1.6 mile trail, the fragile environment is replete with wildflowers and fallen logs.
Wuksachi Lodge is the place to luxuriously disconnect within the park.  The cedar and stone lodge sits at the property’s center with mountainous views.  Though it features a peaked ceiling, stone fireplace and Indian-inspired fabrics, the lobby’s prime focus is an oversized stuffed bear perched on its couch.  Seasonal fun includes pumpkin carving contests, snowshoeing with hot chocolate and summer dark sky events.
Yosemite, Kings Canyon and Sequoia – a virtuoso performance by Mother Nature. In summation, while superlatives seem inadequate, I defer to John Muir:  “Going to the mountains is going home.”


Posted by Traveling Cynthia at 3:31 PM No comments:

Toronto is Officially the Best City in the World

excerpted from The Independent

Toronto is the world's best city to live in, according to research looking at a range of factors including safety, cost of living and liveability.

According to analysis carried out by the Economist Intelligence Unit of 36 major cities, Canada's economic powerhouse finished top.

While it wasn't named first in any of the specific rankings, a strong performance overall placed Toronto top. It came eighth in the safety index and fourth in terms of liveability.

Tokyo is named the safest city in the world. Even though it is home to 30 million people and is one of the biggest cities in the world, the Japanese capital sees very little crime and violence.

With a traditionally well-ordered, hierarchical society, Japan has one of the lowest murder rates in the world, with the use of drugs particularly low. Another Japanese city, Osaka, was ranked third safest city in the world.

Toronto was only placed outside of the top ten in one category: cost of living. Unsurprisingly, London scored poorly in this too, alongside South Korea’s capital, Seoul.

Melbourne came top in the liveability ranking, and Hong Kong was one of five to score highest in Food Security.