The most expensive hotel in the world is located in Utah, according to a recent survey from Luxury-Hotels.com. 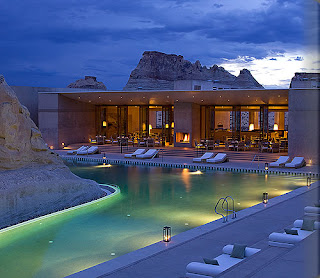 Amangiri Hotel, Canyon Point, Utah
The survey compared luxury hotels around the globe based on their average rates for a standard double room. The summer time period of June to August 2015 served as the basis of comparison.
In coming up with the rankings, the survey interpreted the term “hotel” in a rather narrow sense. More specifically, it considered only such properties having at least 15 rooms located in a single building. This definition excludes villas, bungalows or safari camps, which are sometimes considered hotels as well by other standards of the term.
At an average nightly rate of $1889 for the least expensive double room, the Amangiri hotel, located in Canyon Point, Southern Utah, tops the ranking. Coming in second most expensive is the Hotel Cala di Volpe, located in Sardinia, Italy, with an average overnight price of $1789.
Explora Rapa Nui, situated on Chile’s Easter Island, rounds out the Top 3 with an average price tag of $1733 per night. The USA's second most expensive hotel is the Montage Kapalua Bay located in Maui, Hawaii. It ranks fifth most expensive in the world with an average rate of $1554 per night for the most affordable double room this summer.
Following are the 10 most expensive hotels in the world. The rates listed are based on the average price for a standard double room for the summer time period spanning June through August 2015.
1. Amangiri (Canyon Point, Utah, USA) $18892. Hotel Cala di Volpe (Sardinia, Italy) $17893. Explora Rapa Nui (Easter Island, Chile) $17334. Cap Estel (Cote d'Azur, France) $16795. Montage Kapalua Bay (Maui, United States) $15546. Hotel Pitrizza (Sardinia, Italy) $15437. Explora Atacama (Atacama, Chile) $15338. Aman Canal Grande (Venice, Italy) $14899. Villa del Parco, Forte Village Resort (Sardinia, Italy) $143910. La Réserve, Ramatuelle (Cote d'Azur, France) $1369
Excerpted from ETurboNews
Posted by Traveling Cynthia at 3:53 PM No comments: 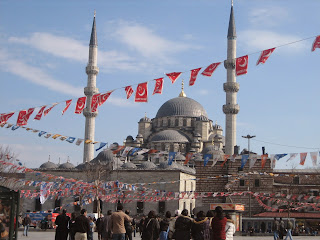 #travel #travelpics #travelingcynthia
Posted by Traveling Cynthia at 10:53 AM No comments:

In memory of those who gave their lives for our freedom. Thank you. 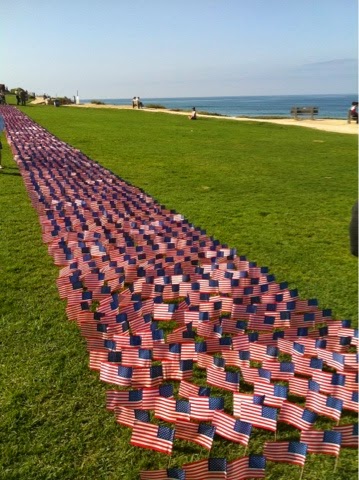 #thankyou #memorialday #freedom #travelingcynthia
Posted by Traveling Cynthia at 11:04 AM No comments:

World's Largest Hotel to be Built in Mecca

MECCA, Saudi Arabia – Imagine a hotel with 10,000 rooms and covering more than 15 million square feet, which is large enough to accommodate the population of a small town. This is the reality of an under-construction, mixed-used development expected to open in Mecca, Saudi Arabia, in 2017. 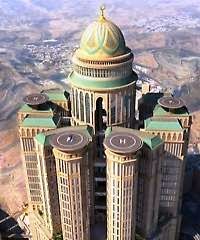 Named Abraj Kudai and located approximately one mile from the Mecca site, the expected cost is $3.5 billion, with features including a shopping mall, convention center, food court, bus station and several rooftop helipads.
The hotel, consisting of 12 towers, will be constructed to resemble a traditional desert fortress (10 towers will provide four-star accommodations; two will offer five-star amenities).
Excerpted from eTN News

Posted by Traveling Cynthia at 10:43 AM No comments:

As Memorial Day approaches, swim season is around the corner. I've received a sample of Swim Spray, a brand new, 100% natural, fragrance-free product that promises to eliminate chlorine odor and irritation from your hair and skin. 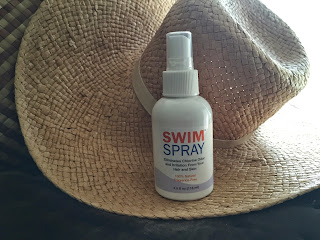 Photo by Cynthia Dial
So, as a gift from me to you (courtesy of Swim Spray), please "like" my FB Cynthia Dial Travel Writer page, follow my blog http://travelingcynthia.blogspot.com or follow me on Instagram @CynthiaDial.  Just let me know you did so (I honor the honor system) and I'll randomly pick a "winner" (translation: close my eyes and point) and mail this summer product to you before summer begins.

London's top 10 spots for tea include: 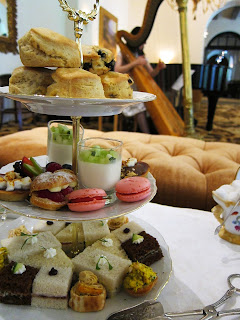 In commemoration of legendary guitarist, B.B. King (DOD 5/14/15), known for his velvety voice and bringing the blues to the mainstream music scene, I wanted to share a Nashville feel-good story about my visit to B.B. King's Blues Club. 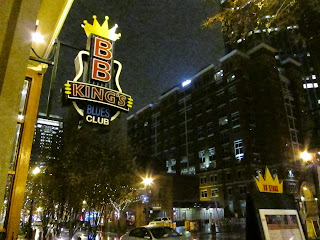 Photo by Cynthia Dial
I visited Nashville a couple of years ago with a press group.  Due to bad weather, my flight was cancelled, necessitating a day on my own.  Having not yet had my fill of the Lower Broadway area and its nightly live music scene, I quizzed my concierge at The Hermitage.  As a single woman, where can I go for dinner, drinks and music and feel comfortable.  The answer: B.B. King's.  So, off I went.  Seated at a small table near the stage, enjoying the music with a nice glass of red wine and planning for my last Southern-style meal, I reached into my purse to discover I had no wallet. Rummaging through my entire bag, I confirmed: my wallet is missing.  Did I lose it?  Was it in my room (ladies, you'll understand as I changed out purses)? When I approached the manager with my situation, I explained that I was happy to leave my purse (as collateral) and walk back to the hotel, mail a check, or do whatever would suffice, I was at her mercy.  Her response:  "No worries, the wine is on us and please order whatever you would like for dinner, compliments of B.B. King's."  Now I know this wasn't a personal directive from the king himself, B.B., but I have a feeling it was reflective of the great man.

RIP B.B. King, a Mississippi native, whose reign as "king of the blues" lasted more than six decades within the span of two centuries and who has been credited as a major influence on a generation of rock and blues musicians -- from Eric Clapton and Stevie Ray Vaughan to Sheryl Crow and John Mayer.

#travel #traveltips #travelingcynthia #nashville #bbking
Posted by Traveling Cynthia at 11:10 AM No comments:

Joining a distinguished list of Royal Medal recipients, including Sir Edmund Hillary and Captain Jacques-Yves Cousteau, American travel writer and novelist Paul Theroux has been awarded the 2015 Patron's Medal by the Royal Geographical Society.  Approved by the Queen, the Royal Medal acknowledges the encouragement of geographical discovery through travel writing. 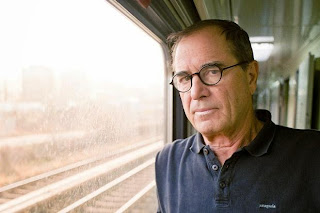 Though his best known work of travel writing is perhaps The Great Railway Bazaar (1975), he has published numerous works of fiction, some of which were made into feature films.  A bit of background: After moving to London in 1972, Theroux set off on an epic journey by train from Great Britain to Japan and back. His account of this journey was published as The Great Railway Bazaar, his first major success as a travel writer and now a classic in the genre.  He has since written a number of other travel books, including descriptions of traveling by train from Boston to Argentina (The Old Patagonia Express), walking around the United Kingdom (The Kingdom of the Sea), kayaking in the South Pacific (The Happy Isles of Oceania), visiting China (Riding the Iron Rooster) and traveling from Cairo to Cape Town (Dark Star Safari).
As a traveler he is noted for his rich descriptions of people and places, laced with a heavy streak of irony, or even misanthropy. Other non-fiction by Theroux includes Sir Vidia's Shadow, an account of his personal and professional friendship with Nobel laureate V. S. Naipaul that ended abruptly after 30 years.
Portions excerpted from Wikipedia

Have you ever gone to a grunion run?  No, this is not a joke.  Grunion are small silver fish that are known to ride waves onto a variety, though not many, Pacific coast beaches, spawn and then return to the sea.  One of those beaches is in nearby La Jolla.  I had never seen a grunion, so to a grunion run we went. 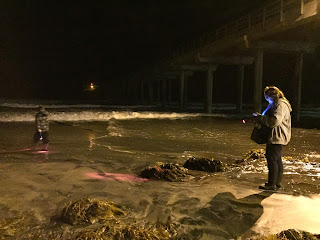 Photo by Cynthia Dial
This made-in-California experience adheres to a specific criteria.  It occurs late at night, follows high tide, happens in spring and summer months and involves this little-known fish named the grunion.  Offered the past decade through the Birch Aquarium at Scripps Institution of Oceanography, guided observation of the grunion run gives those interested enough in heading to the beach (note: well past my bedtime) the opportunity to watch hopefully hundreds of the fish temporarily encamp on the seashore.
Conducted by naturalists the program begins with an educational auditorium-style presentation, followed by an interactive demonstration where observers hatch their own grunion eggs and concludes with a walk down to Scripps Beach for moonlit surveillance of the unusual reproductive process.  Equipped with red-cellophane wrapped flashlights (to not disturb the grunion), dressed in layers (to ward against the late-night ocean chill) and wearing waterproof footwear (tides can be as high as five or six feet).  The above was our drill, accompanied by a "it never rains in California" rainfall.  The result:  I still have never seen a grunion.  But I wouldn't have missed the experience.
Details: Birch Aquarium at Scripps Institute of Oceanography, 2300 Expedition Way, (858) 534-7336, www.aquarium.ucsd.edu
#travel #traveltips #travelingcynthia #lajolla #grunionfun #grunionrun
Posted by Traveling Cynthia at 12:17 PM No comments:

Next weekend, W New York - Downtown will resurrect cult classic film, Mommie Dearest with their own cast of “Drag Mommies” on hand reenacting some of the films most memorable moments for hotel guests and visitors.   Those travelers and New Yorkers away from their MUM for the holiday can come down to the hotel to get some motherly advice and share special drink offers and be catered to by our resident “Drag Mommies”  for the day. 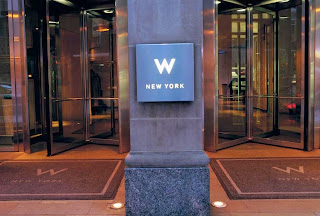