Top 5 Most Hashtagged Places in the U.S.

Playpicks have scoured Instagram to find the top 20 hashtagged places spanning over nine different catagories. These are the top five most hashtagged locations overall in the U.S. for Instagrammers: 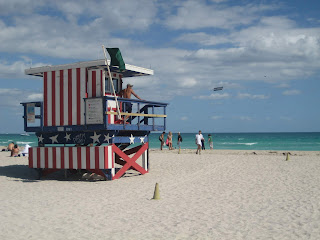 Disneyland Anaheim - Not just where dreams come true, but also where hashtags are made. Disneyland was built in 1955 and has since received 19,783,733 Insta shares. Considering the fact that they had an estimated attendance last year of 18.3 million, it's of no surprise that it's the most hashtagged location in America. Its sister park in Florida, Disneyland Magic Kingdom, takes the second spot on the most hashtagged list at 9,400,298 posts.

Miami Beach-- This man-made beach has 8,673,724 shares on Instagram, making it the most Instagrammed beach in the U.S. - and with 15.22 square miles of beautiful, golden sand and relaxation, it's easy to see why you can't help but take one for your grid.

Central Park - One of two New York offerings in the top 10 list (the other being Times Square), this is the city's first major landscape park. The park's construction began in 1857 and upon its completion, it became one of the most popular tourist destinations - having approximately 40 million visitors a year and 6,104,544 shares on Instagram.


Posted by Traveling Cynthia at 3:27 PM No comments: