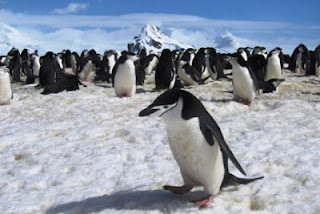 As you may know, I traveled to the tip of South America a few months ago to begin my passage to Antarctica. Here's the recount of my visit, which appears in TraveLife, a Canadian travel publication. Enjoy!

http://www.travelife.ca/travelife_Magazine_Apr_Jun2012.html (my article begins on pg. 32)
Photography by Cynthia Dial
Posted by Traveling Cynthia at 1:38 PM No comments:

Yea, Coronado is on the list. But among my favorite times at a North American beach occurred on Miami's South Beach when I spotted Jamie Foxx.
Photo by Cynthia Dial
http://www.wildjunket.com/2011/10/31/10-of-the-best-beaches-in-north-america/
Posted by Traveling Cynthia at 2:48 PM No comments: 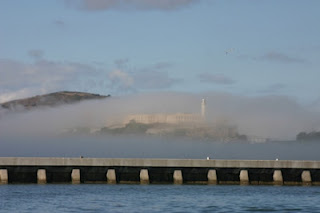 “The coldest winter I ever spent was a summer in San Francisco.”


As I'm heading to San Francisco on Monday, I'll be anxious to see what weather greets me. Last time (see photo), its legendary fog rolled in on a picture-perfect day, making it quite cozy.
Photo by Cynthia Dial
Posted by Traveling Cynthia at 5:05 PM No comments: 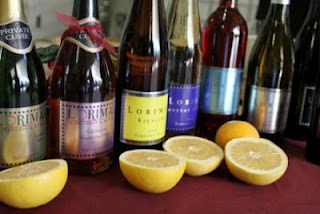 Have you ever awaken and thought today I would love to be in Tuscany or Loire Valley or Napa, basking in the sun, sipping fine wines and overlooking acres of vineyards?
If, like me, you live in Southern California, your reality is that Mexico is closer than any of these dream destinations. Then again, if you’re a So Cal resident, you’re in luck as Temecula Valley’s wine region is nearby—90 minutes or less from San Diego, Los Angeles, Orange County and Palm Springs.

To learn more, check out the below link and my Live Fit Magazine article.
Photo by Cynthia Dial
http://livefitmagazine.com/2012/03/21/temecula-valley-a-day-of-wine-and-roses/
Posted by Traveling Cynthia at 11:54 AM No comments:

America West is only one of the 150 U.S. airlines which were launched in the 80s after 1978's deregulation to have survived. It since merged with U.S. Airways.
Posted by Traveling Cynthia at 11:49 AM No comments: 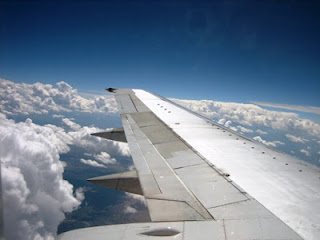 The U.S. deregulated the airlines in 1978 and in the 80s roughly 150 airlines were launched. Only one survived, which in 2005 merged with US Airways. Any guess as to which airline this is?
Photo by Cynthia Dial
Posted by Traveling Cynthia at 11:01 AM No comments: 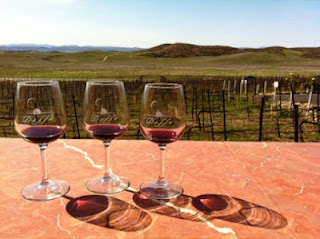 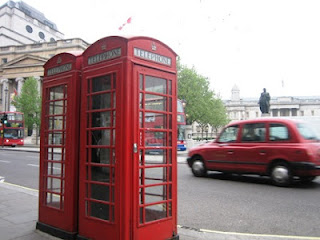 “If I had a British accent, I’d never shut up.” Photo by Cynthia Dial
Posted by Traveling Cynthia at 10:05 AM 2 comments:

Spring Has Come, and So Has Baseball 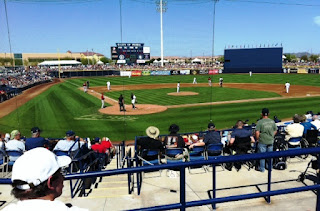 Let’s hear it for spring . . . spring training, that is. If you’re a baseball fan like me, spring isn’t officially in the air until bats are hitting balls. And if again, you’re a baseball fan and if you live on the West Coast, the best place to get into a take-me-out-to-the-ballgame frame of mind is Phoenix, home of the Cactus League.

Tip: My pick for best stadium location: Scottsdale’s Stadium Park, home to the San Francisco Giants. It’s in the middle of the action and close to great shopping, good restaurants, fun bars and innumerable hotels.

Each stadium has its own flair, each has its own food specialties and all are fun . . . from basking in the Arizona sun while sitting on the grassy lawn or in the comfy stadium seats to drinking icy beers and sampling different food offerings each inning.

Tip: Don’t miss a hot dog should you find yourself at Peoria Sports Complex, home to the San Diego Padres/Seattle Mariners. The bun is fluffy and fresh, and the dog is hot-off-the grill. It’s so much better than what I’ll find in regular season at San Diego’s Petco Park; but don’t get me started on Petco’s food.

Spring training serves up a AAA+ casual atmosphere: players are more easily accessible, wins and loses aren’t the typical end-of-season’s do or die situations and after-the-game get-togethers at the local bars and restaurants are punctuated by laughs and levity regardless of which team’s jersey you are wearing.

Final tip: Stay alert—you just may run into a player or two, a well-known sportscaster or a hall-of-famer.
Play ball!
Photo: Cynthia Dial
Posted by Traveling Cynthia at 10:30 AM No comments:

In Honor of St. Patrick's Day 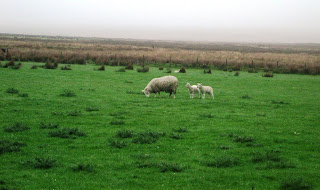 Irish Prayer
“May the road rise up to meet you. May the wind be always at your back. May the sunshine warm upon your face. The rain fall soft upon your fields. And until we meet again, may God Hold you in the palm of His Hand.”
Photo: Cynthia Dial
Posted by Traveling Cynthia at 2:54 PM No comments: 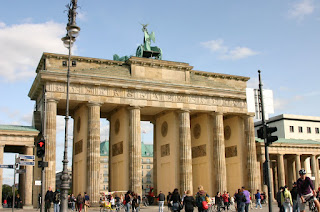 Hamburg and Berlin. Like stunning siblings— one a sophisticated, petite brunette and the other an outgoing, out-there blonde— these sisters have their own distinctive personalities. Each is special, each is different. And both are worth getting to know. To read more, go to this link: 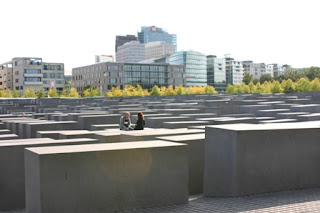 I first visited Berlin in September and one of the most memorable must-sees was the Holocaust Memorial. Here's how it's described in my article that will be posted tomorrow:

But it could be at risk. To learn more, check out this link. 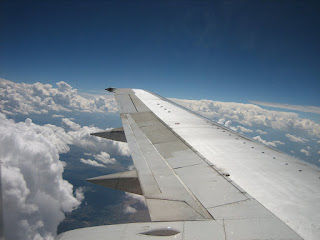 Best airline? My vote would be JetBlue (national); Virgin Atlantic (international). What are your choices?
Photo: Cynthia Dial

http://travelkit.msnbc.msn.com/_news/2012/03/14/10686622-jetblue-southwest-virgin-america-get-top-customer-service-marks
Posted by Traveling Cynthia at 4:10 PM No comments: 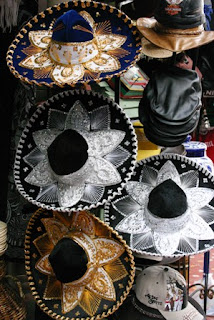 Travia: Mexico City is said to have the world's largest bullring; it seats 55,000.

Photo: Cynthia Dial
Posted by Traveling Cynthia at 9:55 AM No comments: 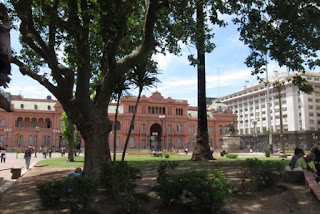 Any ideas where this is? Photo: Cynthia Dial
Posted by Traveling Cynthia at 10:38 AM No comments: 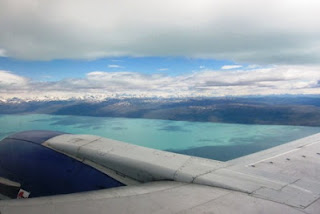 With the recent meltdown of the American Airlines' flight attendant (or FA, as they refer to themselves), I found this link interesting. Photo: Cynthia Dial
http://travel.usatoday.com/destinations/dispatches/post/2012/03/veteran-flight-attendant-shares-tales-from-the-cabin/644639/1?csp=tf
Posted by Traveling Cynthia at 1:14 PM No comments: 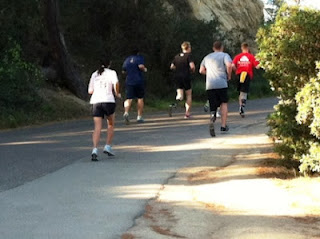 As I've mentioned before, I walk daily at Torrey Pines in La Jolla. And in the course of my morning ritual, I've seen a whale that's been beached, bikers, joggers, schools of dolphins, fitness enthusiasts standing on their heads next to trees, commercials being filmed, many things. But today I will most remember. As I desended the hill, I heard a group of runners approaching (not unusual); but as they passed I noticed they were Marines (noted by their closely cropped hair and a couple of Semper Fi tees; again I've seen the military here before). However, as they ran past, I noticed several of the 12 or so in the group were running on prosthesis. How can we adequately thank these men and women who selflessly serve our country, many times at great peril? Semper Fi!
Photo: Cynthia Dial
Posted by Traveling Cynthia at 8:41 AM No comments: 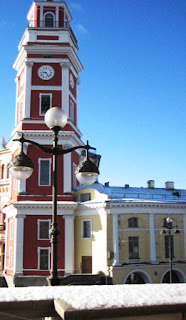 Though it is not considered prime time, sometimes the best time to travel is when most stay home. True, the weatherman can’t promise perfection and it’s only wise to avoid extreme conditions, such as Palm Springs’ 115-degree summers. But off season is the time of year when the crowds are meager and the experience is pure local. Think about getting away when others don’t, because tourist season isn’t necessarily the best season to be a tourist. So, forget Paris in the springtime, and consider checking out these five popular destinations when it’s not popular to go there.

To read more of my low-season travel article on Live Fit Magazine, go to:
http://livefitmagazine.com/2011/12/19/best_travel_deals/
Photo: Cynthia Dial
Posted by Traveling Cynthia at 9:37 AM No comments: 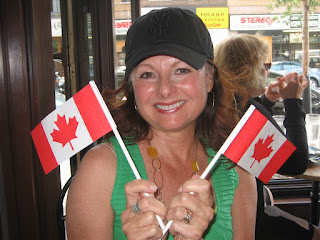 Travia: It's said that Quebec City's famous hotel, Chateau Frontenac, has a rooftop herb garden that the chef can access only one way, through a window.
Posted by Traveling Cynthia at 10:19 AM No comments:

It's your choice: Designer Hotel 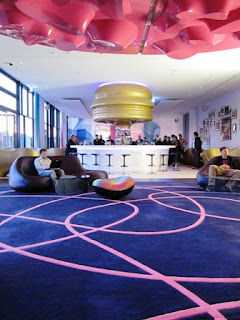 What designer hotel is at the top of your high-style list? Mine is nhow Hotel in Berlin, Europe's first music hotel. Room service includes delivering a Casio keyboard and Gibson guitar to your room.

http://www.bing.com/travel/content/search?FORM=TRHPEL&q=Designer+Hotels%3A+Introduction
Photo: Cynthia Dial
Posted by Traveling Cynthia at 10:44 AM No comments: 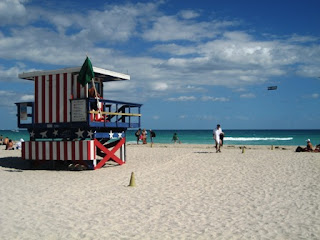 Booking travel can be a bit confusing, especially when you're seeking the best time to do so. Along those lines, there might be some tidbits in this article to help with the sometimes overwhelming task of making a trip happen. Happy travels! 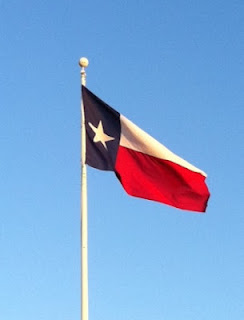 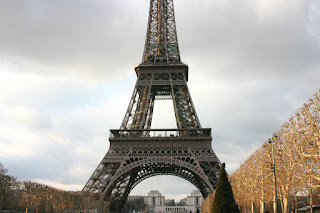 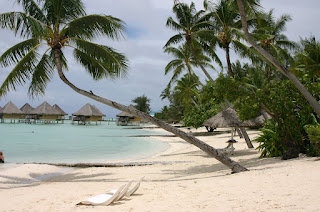 When one describes the Tahitian islands, one hears them . . . bird songs at dawn, trade winds rustling through palms, the beat of drums at day’s end.
Photo: Cynthia Dial

To read more of my recent Costco Connection article, go to: