What's in a Number? The Meaning Behind Assigned Flight Numbers 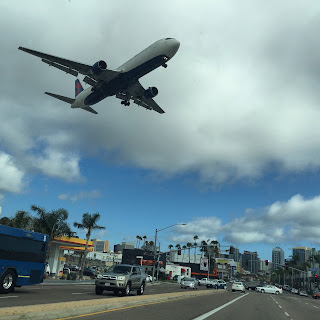 Photo by Cynthia Dial
On April 18, 1775 Paul Revere rode through what’s now Somerville, Medford, and Arlington, Massachusetts, to warn that British troops were enroute and that they sought to capture Sam Adams and John Hancock.

The American revolution began that month, but it was July 2, 1776, that the Continental Congress in Philadelphia formally declared independence and two days later that it approved the wording of the Declaration of Independence.

Today you can fly Philadelphia – Boston round trip each afternoon on American flight AA1776. And American offers Sam Adams beer on board.

There are 7 days of the week, 7 seas, and 7 continents. God is said to have rested on the 7th day. There are 7 deadly sins and 7 wonders of the ancient world. If 7 is lucky, then 777 is triply so: on most slot machines 777 is jackpot.

When the airline eventually flies Los Angeles or Dallas – Guangzhou to connect up with China Southern, in which it owns a small stake, they’ll need to re-assign flight 888 from Pittsburgh – Philadelphia in celebration of the luck that venture will bring them.

Incidentally neither American nor United nor Delta regularly offers a flight 666.

Excerpted from View from the Wing and by Gary Leff


Posted by Traveling Cynthia at 1:18 PM