Places That Don't Want You to Visit

Similar to what was included in our list for 2018, places in the world who are capping tourism or whose residents have spoken out about how it’s detrimental to their home. Last year, destinations such as Amsterdam, Machu Picchu, Venice, Santorini, and Koh Tachai were all examples of places that were overwhelmed by their own tourism industry. This year, more are begging tourists to reconsider how and when they travel. 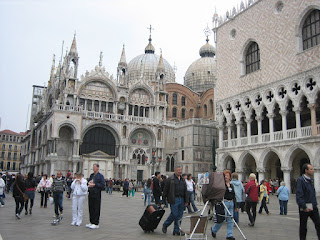 
Residents of Isle of Skye, Scotland, have complained about traffic and congestion clogging up roads and throughways, especially near famed ethereal Fairy Pools, and hope that if tourists do come, they will look beyond one site with respect to the locals.

Chile’s remote and ancient Easter Island, with its World Heritage Site monolithic human sculptures, have drawn curious tourists who are overstaying their welcome—they could once stay for 90 days, but it’s since been curtailed to 30. “Foreigners are already taking over the island. They’re damaging the local idiosyncrasy, the 1,000-year culture is changing and not for the good,” said mayor Petro Edmunds. Ana Maria Gutierrez, the local government’s environmental adviser, warns that, “Environmentally, the island is very fragile” and basic services are under strain–not least, waste management. A decade ago, the island produced 1.4 metric tons of waste per year. Now, it produces nearly twice that amount at 2.5 metric tons a year.

In Dubrovnik, where Game of Thrones fervor has reached a fever pitch, with locals claiming Old Town has become “Disneyland,” especially due to multiple cruise dockings on the same day.

And most alarmingly, in Mallorca, a local campaign to protest mass tourism led to a “summer of action” where campaigners vandalized hotels, demonstrated at the airport, and tagged graffiti proclaiming “ “tourism kills the city.”

In all these cases, the residents and locals emphasize that it’s not necessarily the tourists themselves who cause the frustration that comes from living in a tourism economy, but often poor management of resources from the region’s governmental and business leaders who exploit the situation.

Feel like you just have to visit? Consider off-season, veer away from tourist hot spots, and make sure to be considerate of the people who live in your vacation destination.

Posted by Traveling Cynthia at 8:32 AM